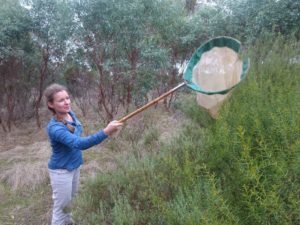 Seraina is Curator of Entomology at the Natural History Museum in Basel (Switzerland). She has conducted a postdoc in Australia and is still very enthusiastic about the Austral (entomo-)fauna. Fascinated by the diversity of nature from an early age, she is now a specialist of parasitoid wasps of the family Ichneumonidae – one of the groups for which our knowledge lags most strongly behind the actual diversity. While basic taxonomic research keeps inspiring her to make slight detours into functional morphology, ecology and courtship behaviour, she has also contributed to method development in systematics and phylogenetics, especially with respect to the design of phylogenetic studies and to the calibration of the molecular clock. The latter has recently also sparked her interest in ichneumonid fossils and in the modelling of morphological characters within the framework of total-evidence dating. Currently, she is working on describing more of the unknown past and present ichneumonid fauna, and on dating the tree of these parasitoids in order to obtain a timeline for their co-evolution with their hosts. 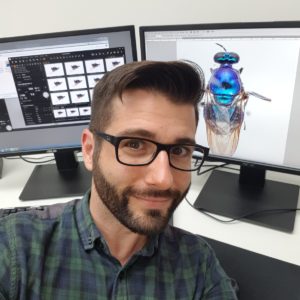 Dr Bryan Lessard is an entomologist at CSIRO’s National Research Collections Australia researching the taxonomy and evolution of medically important flies and mosquitoes. Bryan’s research interests lie in biodiversity discovery, having discovered more than 150 species new to science and officially named more than 50 species from Australia and New Zealand. He also enjoys working in collaborative teams to identify alternative insect pollinators using metabarcording, and unlock the mysteries of natural history specimens using digitisation and collection genomics. More recently Bryan has developed an interest in edible insects, having consulted with local insect farmers and industry to help develop guidelines on the use of insects to feed the growing population. Bryan’s passion for promoting natural history collections to a global audience began in 2011 when he named a new species of horse fly after Beyoncé, which sparked a global conversation on the importance of taxonomy and collection-based research. Since then, Bryan, sometimes better known as Bry the Fly Guy, has built a strong rapport with the media to promote taxonomy to a younger generation through TV, radio and social media. He has appeared on Gardening Australia and The Project, given a TEDx talk, hosted fortnightly radio segments on ABC and lead the Australian Geographic Citizen Scientist Expedition for three years to Lord Howe Island to discover new species of insects. 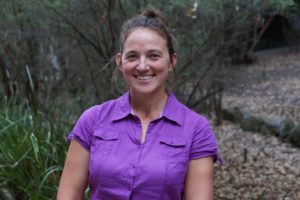 Romina Rader is a Senior Lecturer in Environment and Rural Science at the University of New England, Armidale, NSW.  Much of her current research is focused on pollination by wild and managed insects in a range of crops and natural systems.  Dr Rader’s expertise includes the development of methods to quantify the effectiveness of pollinators and she is currently working on research questions related to the mechanisms underlying pollinator effectiveness, including how many visits are required for plants to set fruit and how different pollinators can impact fruit quality.  Dr. Rader is part of a global network of pollination ecologists working on understanding how global change can impact pollination ecosystem service delivery.  She completed her PhD in 2011 on pollinator assemblages in mass flowering crops and following that, two postdocs at Rutgers University in the USA and Stockholm University in Sweden.  Romina’s group at UNE in Armidale includes 8 PhD students and 3 honours students working on various research questions relating to pollen transfer by different insects and among different habitats, changes in plant-animal interactions over space and time and the environmental factors that make pollinators more or less effective. 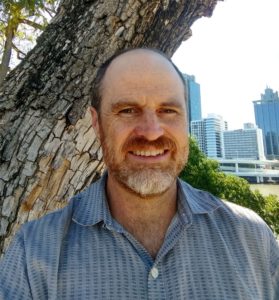 Owen Seeman arrived in acarology over 25 years ago, thanks to seasickness torpedoing aspirations in marine biology, and a realisation that he knew nothing about insects, except that most were not marine and they were more interesting than seashells. This transitioned to a fascination for mites and the extraordinary things they do in some of the most unusual places. After studying flower-inhabiting mites that ride on bees and birds, the remarkable diversity of mites on passalid beetles, and a dalliance with the Tasmanian mite fauna, he joined the Queensland Museum as a collection manager and acarologist.  Much of his research has focused on the species diversity, morphological adaptations and curious relationships between mites and their host insects.