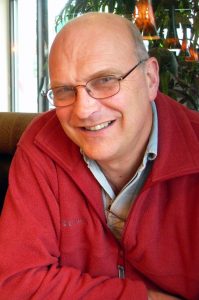 Professor Andy Austin has long-standing research interests in the systematics and evolution of parasitic Hymenoptera and has published extensively on the group, particularly on the families Braconidae and Platygastridae. He undertook a BSc at the University of Sydney and PhD at the University of Adelaide, and joined the then Department of Entomology at Adelaide after three years working at the Natural History Museum, London. He is a core member of the Australian Centre for Evolutionary Biology & Biodiversity at Adelaide University.

Peter Cranston trained in entomology in UK while working in the Natural History Museum, London. An early interest in aquatics led to study of one of the most abundant and diverse insect taxa in freshwater the chironomid midges. This taxon has given him the chance to travel widely, but especially in the southern hemisphere since coming to Canberra in 1987.  Writing a textbook and a decade teaching in California gave insights into wider entomology the book is coming into a 5th edition so something must be working.  Purportedly now retired, Peter is looking forward to making it more meaningful sometime soon. 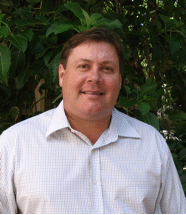 Chris Daniels is Professor of Urban Ecology in the Division of Information Technology, Engineering and Environment at the University of South Australia. He is Director of the Barbara Hardy Institute which is a major research Institute with a large research agenda focused on creating sustainable communities. He facilitates and conducts research into the relationship between humans, the communities we build and the natural environment. Chris is also the presiding member of the Adelaide and Mt Lofty Ranges Natural Resource Management Board.

Chris was educated in zoology at the University of Adelaide and the University of New England. Chris has held academic positions at the University of California, Flinders University and the University of Adelaide before accepting the chair of Urban Ecology at UniSA. He is married with 2 children and lives in Adelaide. He is a prolific publisher, with 9 books published and over 140 scientific publications. In 2005 Chris, with Catherine Tait edited the Book Adelaide Nature of a City. The second book in this series, Adelaide Water of a City was published in 2010. Both books have won numerous awards including the Whitley Award, and awards from the Planning Institute of Australia, Stormwater Industry and Australian Institute of Landscape Architects. Other books published by Chris include The Possum-tail Tree, The Ferocious Fluteplayers, A Guide to Urban Wildlife and several edited volumes on the evolution of air breathing. Chris teaches undergraduate and postgraduate zoology and supervises a large number of research students each year. He is a member of several journal editorial boards and zoological societies including the Royal Society of SA. He holds honorary positions at ZoosSA and the SA Museum. Chris has always had an abiding interest in reptiles, particularly lizards, and is a passionate communicator to the general community, about science and the environment. Chris has held regular sessions on 891 ABC Radio and from this relationship Chris conducted field trips with ABC listeners “into the backyard” and has run “Operation” surveys over the past 4 years. He won the South Australian Premiers Science award for communication and education excellence in 2007 and received the medal for his contributions to natural history and conservation from the Field Naturalists Society of South Australia in 2010. He is Patron of the Unley City Council Adopt a Tree Program, a member of the City of Marion Strategic directions committee, a Governor of the World Wildlife Fund and Patron of the South Australian Junior Field Naturalists Society. 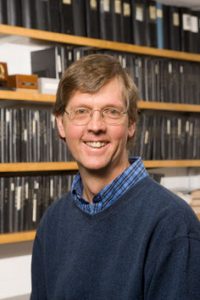 Michael R. Strand, Ph.D., Regents Professor in the Department of Entomology at the University of Georgia, is internationally recognized for his research on parasite-insect host interactions.

Strand was born in Norfolk, Virginia USA but spent most of his childhood in Texas.  He attended Texas A&M University receiving his B.S. in 1980 and Ph.D. in 1985.  After a short postdoctoral appointment at Imperial College (UK) funded by a National Science Foundation-North Atlantic Treaty Organization (NATO) fellowship, he accepted a position as an assistant professor at Clemson University.  He moved in 1987 to the University of Wisconsin-Madison where he advanced to the position of professor.  In 2002, he moved to the University of Georgia where he holds appointments in the Department of Entomology, the Center for Tropical and Emerging Global Diseases, Faculty of Infectious Diseases, and Department of Genetics.

Strand’s primary research interests are in the study of the interactions between insects, parasites and beneficial symbionts.  Projects include the characterization of: 1) polydnaviruses and other symbionts associated with parasitic wasps, 2) insect immune defense responses, and 3) the interplay between immunity and reproduction.  His laboratory is strongly interdisciplinary with projects that focus on both the molecular and biochemical regulation of physiological processes as well as their effects on insect life history and evolution.  He has to date authored or co-authored more than 200 scientific papers, reviews and book chapters.   His work has also been supported by a diversity of scientific research agencies including the National Institutes of Health, National Science Foundation and United States Department of Agriculture.

In addition to his research interests, Strand’s service contributions include appointments on several journal editorial boards, grant evaluation panels, and committees for national and international scientific agencies.  Strand has advised more than fifty graduate students and post-doctoral scientists of which many have gone on to successful careers in academia, industry and government.  He is also active in classroom teaching at both the graduate and undergraduate level at the University of Georgia.  Strand has served the Entomological Society of America in several capacities including being the current President for the Physiology, Biochemistry and Toxicology (PBT) section.  He has been an invited speaker in countries around the world and at various scientific events.  He is a fellow of the American Association for the Advancement of Science and Entomological Society of America.  He has also received several awards for his work including the 2009 Entomological Society of America National Recognition Award in Physiology, Biochemistry and Toxicology.