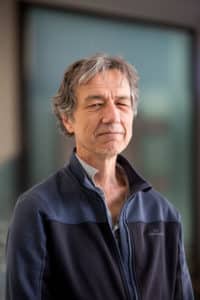 Ary Hoffmann undertakes research on Wolbachia endosymbionts, climate change adaptation and pest control. His group is helping to develop novel approaches for suppressing disease transmission in mosquito vectors and for controlling agricultural pests, and his group examines new ways to predict vector distribution shifts and adaptive capacity under climate change.   He is a fellow of the Australian Academy of Science and a foreign fellow of the American Academy of Arts and Science. He is past president of the Australian Entomological Society and the Australasian Genetics Society. He heads a research team located at the Bio21 Institute of the University of Melbourne where he is a Laureate Professor and NHMRC Principal Research Fellow. 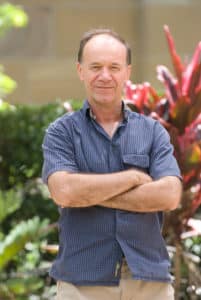 I am Professor of entomology in the School of Biological Sciences, University of Queensland.  I obtained my PhD from Griffith University in 1982, moved across the river and stayed.  Over the last 35 years, with students (26 honours, 21 Masters, 44 PhD) and colleagues, we have published over 320 papers, book chapters, reports and three co-edited books (you can look up the H index if you like J).  There are several areas of insect-plant interactions in which I am recognised as a leading expert, both nationally and internationally. Our work has been funded by ARC, as well as commodity based applied funding bodies (CRDC, GRDC) and ACIAR. I have worked collaboratively with colleagues over many years on a number of insect systems (monarch butterflies and milkweeds), the polyphagous noctuid pests Helicoverpa armigera and H. punctigera and the brassica specialist, Plutella xylostella.  We are one of the few groups that have actually worked with processionary caterpillars, Ochrogaster lunifer. 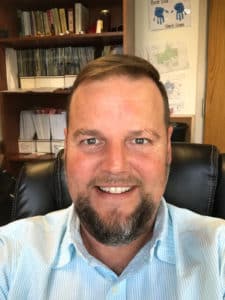 Dr. Rodrigo Krugner is a Research Entomologist with the United States Department of Agriculture-Agricultural Research Service. Dr. Krugner began his Federal career in 2007 and has since worked on a variety of projects involving the bacterial pathogen, Xylella fastidiosa, and associated insect vectors. Related to these projects, Dr. Krugner has conducted research on biology, behavioral and population ecology of insect vectors and their natural enemies, with focus primarily on plant-insect-pathogen interactions. In addition, Dr. Krugner serves as the Lead Scientist for a project in the Crop Diseases, Pests and Genetics Research Unit at the San Joaquin Valley Agricultural Sciences Center in Parlier, California, where independent and team research is conducted to develop methods to mitigate the impact of diseases caused by X. fastidiosa. Prior to joining the Department of Agriculture, Dr. Krugner was a graduate student in the Department of Entomology at University of California in Riverside. His work focused on behavioral ecology of Homalodisca vitripennis, an important vector of X. fastidiosa in southern United States. Dr. Krugner holds a bachelor’s degree in Agronomy from University of São Paulo, Brazil, a Master’s degree in Plant Science from California State University, and a Ph.D in Entomology from University of California. 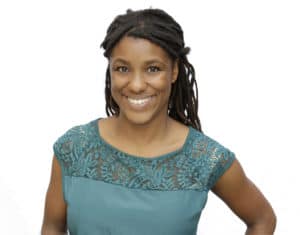 Dr Tanya Latty’s research focuses broadly on insect behaviour and ecology with a particularly interest in the intersections between entomology, behaviour, pest management and technology. Her recent research directions include understanding the development of resistance to transgenic cotton by caterpillars, understanding the impacts of urbanisation on insect pollinators, and using eusocial insects as models for bio inspired technologies. She did her PhD at the University of Calgary in Canada, where she studied how tiny bark beetles were able to kill large pine trees by working as a group. In 2014 she joined the Faculty of Agriculture and Environment where she is responsible for coordinating the entomology program. Tanya has received several awards for her research and science communication including a NSW Tall Poppy award and a prestigious Branco Weiss Society in Science Fellowship. 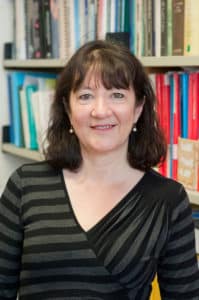 Karen Armstrong is an applied biologist with a keen interest in biosecurity. In particular finding novel applications for molecular and chemical technology to develop fit-for-purpose diagnostic tools. Beyond species discrimination this includes gathering evidence of origins. Her research focuses on high risk plant pests exotic to New Zealand. Largely this has involved fruit flies and lymantriid moths as well as various hemipteran species, latterly to include psyllids and the brown marmorated stink bug. Through PhD supervision Karen’s research tackles more fundamental, upstream questions around taxonomy and systematics, especially of cryptic species, and genetic markers of invasion. Karen gained her PhD at Imperial College London, and is a senior research scientist at the Bio-Protection Research Centre, based at Lincoln University, New Zealand. She leads the Diagnostics Theme in the Better Border Biosecurity collaboration, encompassing pathology as well as entomology, and works closely with New Zealand’s Ministry for Primary Industries as well as with biosecurity agencies in Australia, the UK and USA.